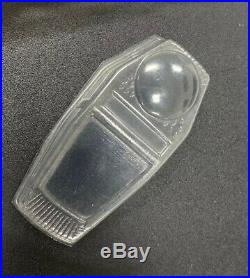 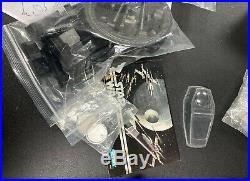 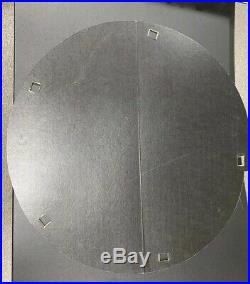 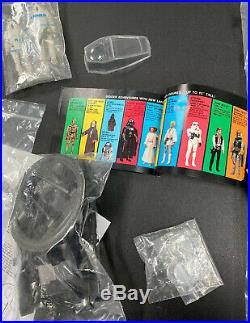 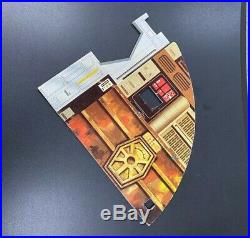 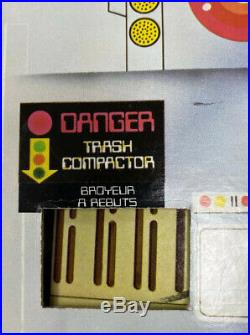 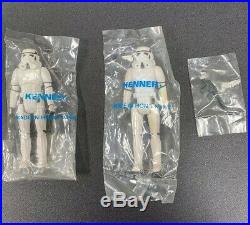 This is a Vintage 1979 Sears Star Wars KENNER Death Star Playset 100% Complete in original Kenner Box with Catalog. IF YOU GOOGLE THIS ITEM MY PHOTOS COME UP AS THIS IS ONE OF THE BEST EXAMPLES OF THIS ULTRA RARE PIECE. Please view all pictures carefully for any flaws or damage, as this piece is almost 40 years old.

I have owned several 1977 Palitoy playsets, but this 1979 Ultra RAREKENNER version, is the nicest Ive ever seen. This Canadian version has a Black Base Bottom, and trash compactor sign above chute, distinctively different from the Palitoy version which displays the first 12 figures and the Palitoy logo. The Box in good condition and has some shelf ware. The Kenner Box has two insert flaps to strengthen box support, unlike the Palitoy box, or removable lid, Toltoys and Meccano. The Kenner Death Star Playset, is in remarkable condition. The tabs are very slightly worn. It seams as this must have only been assembled a few times. All tabs are intact, no taped areas on play set. The Swinging Trash Compartment door is still completely intact at hinge. (like it was only opened a few timesvery rare) The folding Main Swivel support piece, is not taped, and functions flawlessly.

(1st I have seen in such nice condition). Only on the Kenner VersionAbove the trash cute in French Canadian. A Sign with the phrase Boyer A Rebuts when translated to English means Waste Boyer. The Canopy is CrystalCRYSTAL Clear, not yellowed from the Sun.

The gunners chair is also free of cracks or damage. Thrash Cute, gun turrets, and all clips are in mint condition. BonusOriginal, as stated on front of box on the yellow sticker. 2 Vintage Stormtroopers with their vintage blue green translucent blasters in opened Kenner Baggies.

One Stormtrooper, still has its Translucent Blue-Green blaster factory sealed in its original minibag. Includes all that is shown, COPY of both Kenner (French Canadian) & Palitoy (English) Instruction sheets, Bag, 6 Kenner Original Figure Stands, & Original Proper Edition of Death Star, 21-Figure Vintage Catalog. An Ultra Rare Find in the States. Photo #10 shows the trash still firmly attached and swinging. Photo #11 shows the Canadian trash compactor sign. And photo #12 shows the 2 stormtroopers with one weapon still sealed in its Kenner Mini Bag, and correct 21 Figure Kenner Catalog. Sears Canada Kenner Death Star. It was made of chipboard, and a French version of the Trash Compactor sign was added underneath the English version on the wall above the chute.

The box also shows the Kenner logo. Sears also had a chipboard Death Star special offer. The included Kenner Catalog, also promoted the then available 21 figures, as opposed to the 12 figures found on foreign instruction catalog for the Palitoy chipboard Death Star. Dont look for many years for another. Own this priceless piece of Star Wars Memorabilia Now. The item "1979 Vintage Star WarsKenner Death StarOriginal BoxCanadianComplete" is in sale since Friday, April 17, 2020. This item is in the category "Toys & Hobbies\Action Figures\TV, Movie & Video Games". The seller is "devjohn" and is located in Mechanicsburg, Pennsylvania. This item can be shipped worldwide.