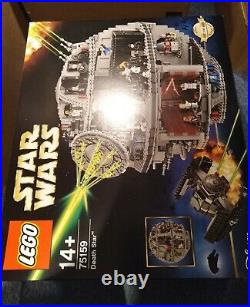 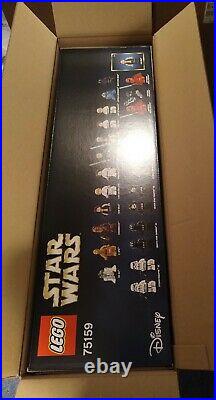 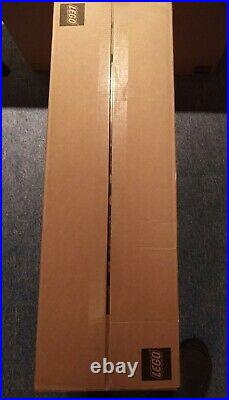 Brand New in factory sealed box within original delivered box. Brown cardboard outer box only opened to take pictures for listing to show fully intact product. Photos confirm full factory seals on product itself and has only been out of delivered box for 2 minutes to photo.

Load up and fire the turbo laser's spring-loaded shooters to keep the rebels at bay. Maneuver Lord Vader's TIE Advanced into position and prepare for launch. Battle the Royal Guard in the throne room and then take on Palpatine himself!

Help Leia escape from the detention block and swing to safety with Luke across the chasm! Will Obi-Wan shut down the tractor beam and help the rebels defeat the Empire? Can you spot the Dianoga trash compactor monster? Recreate other unforgettable scenes from the classic Star Wars films. The perfect addition to any LEGO® Star Wars collection. This set offers an age-appropriate building experience for ages 14 and over.