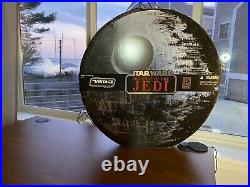 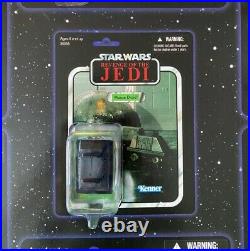 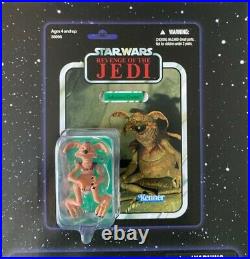 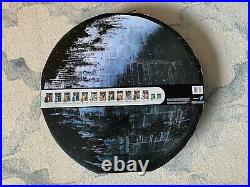 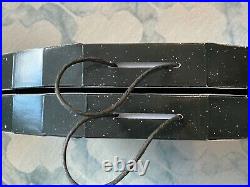 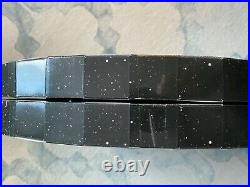 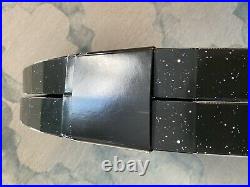 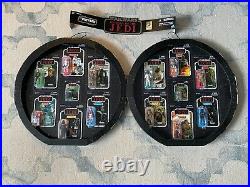 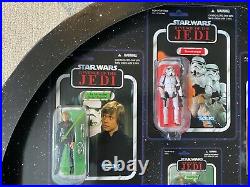 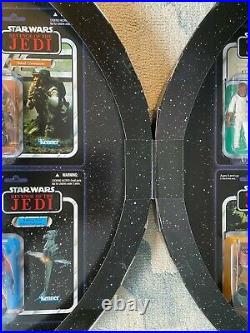 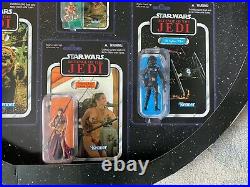 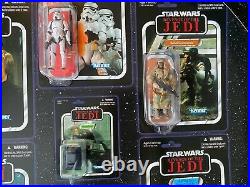 Revenge of the Jedi SDCC 2011 Death Star with RARE number mini vintage collection Salacious Crumb & Mouse Droid and Rebel Commando variant. This exclusive was the only way to obtain these essential figures for completionist collectors. ALL figure bubbles are in excellent condition.

I obtained this item from the hasbro toy shop online. Here is the story from a long time ago.. WHY IS THIS ITEM SO LEGENDARY?

Back in February 2011, Hasbro proudly displayed what was going to be the 2011 San Diego Comic Con exclusive. It was a multipack of 14 basic carded figures from The Vintage Collection but presented to collectors with a twist. The legendary original title of Return Of The Jedi was Revenge Of The Jedi until George Lucas determined that Jedi do not seek revenge. But in order to prepare for the films arrival and have product ready, Kenner started producing card backs with the old Revenge Of The Jedi title on them.

Some product managed to leak out with this outdated logo and many of the original card backs are the highlights of many collections. But Hasbro thought it would be powerfully reminiscent to introduce The Vintage Collection figures under the Revenge Of The Jedi logo and thats exactly what they did. Housed in a huge Death Star II package, collectors will find 6 regularly sized on each side (this huge packaging is gatefold for heavens sake) with a miniature carded figure in the center.

Unbeknownst to collectors at the time, Salacious Crumb and Mouse Droid (the two carded miniature figures) actually have their own collection numbers. This is an unprecedented and unexpected move by Hasbro. Exclusive figures so far in the line have been designated as VCP, so right now its unclear what exactly is going on. The sad thing is carded collectors will undoubtedly have two gaping holes in their collections unless Hasbro makes these again available to us.

Right now they boast not for individual sale which borders on maddening! The frustration doesnt stop there.

More on this in a moment. While most of this set includes rehashed figures, the stuff that is new is causing quite a stir within the collector community. Whats worse however is the difficulty in obtaining this set. The latter was a train wreck in every sense of the word and only a few lucky collectors were able to finalize their order at checkout.

The anger felt by fans caused them to write into hasbro expressing their chagrin with how the whole process was handled. Hasbro representatives have already stated that no more will be made available.

The Revenge Of The Jedi [Death Star II] 2011 San Diego Comic Con exclusive is absolutely one of the biggest and neatest exclusives Hasbro has ever made for collectors. Perhaps they thought that the sheer size and price of the item would have deterred some fans from adding it into their collections. It actually had the opposite effect.